Deerhunter, the Georgia-based group that has been a household name in indie music since their 2007 album Cryptograms, played Philadelphia’s Union Transfer for the first time since 2015, a show remembered by frontman Bradford Cox’s 20 minute tirade against Smashing Pumpkins’ Billy Corgan and guitarist Lockett Pundt’s riveting performance of ‘Desire Lines.’ Deerhunter, fresh off their recently released album Why Hasn’t Everything Already Disappeared, has been in the midst of an auditory evolution. Halcyon Digest, the group’s 2010 album that they may be most well known for, was a series of hit after hit, including favorites such as ‘Helicopter,’ ‘Desire Lines,’ and ‘Revival.’ Its shoegazey, post-rock sounds were soon replaced with 2013 album Monomania’s aggressive, claustrophobic noise, an album that Bradford Cox described in a recent Noisey article as “the greatest album I’ve ever made and anybody that doesn’t like it has no idea what I’m about or what I’m doing.” 2015’s Fading Frontier was more of a mixture between the experimentalism of Monomania and the pop of Halcyon Digest, with songs such as ‘Duplex Planet and ‘Snakeskin’ making this fusion apparent. Why Hasn’t Everything Already Disappeared seems to be a more polished continuation of this experimentalism/pop combination. Friday’s show, a healthy mixture of Deerhunters’ entire discography, seemed to mirror the sentiment of the new album perfectly. 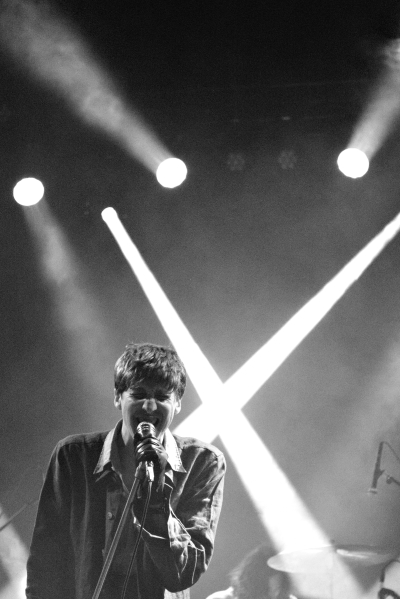 Brooklyn experimental group L’Rain opened with a short set of wandering sounds and instrumentation, segueing into Deerhunter’s throwback openers ‘Intro’ and ‘Cryptograms’ off of their 2007 album Cryptograms. An eerie mix of echoing vocals and reverb, the two songs quickly transitioned into a huge set of songs off of Why Hasn’t Everything Already Disappeared. ‘Death in Midsummer,’ No One’s Sleeping,’ and ‘What Happens to People?’ were expressed beautifully in their live renditions, with the lyrics “There was no time to go back” emphasizing Cox’s coming to terms with the nostalgia of his past work. ‘What Happens to People’ was beautifully followed with ‘Helicopter’ off of Halcyon Digest, a stark contrast of “peace” in “the great beyond” with the hauntingly morbid character of ‘Helicopter’ “praying for rest” as his tormenters are “through with me.” Guitarist Lockett Pundt played his hit ‘Desire Lines’ soon after, a crowd and band favorite played at every Deerhunter show. As Cox approached the end of the set with a few more hits from Why Hasn’t Everything Already Disappeared and Halcyon Digest, he proceeded to jump into the crowd, shouting his lyrics into the faces of onlookers who screamed them back. 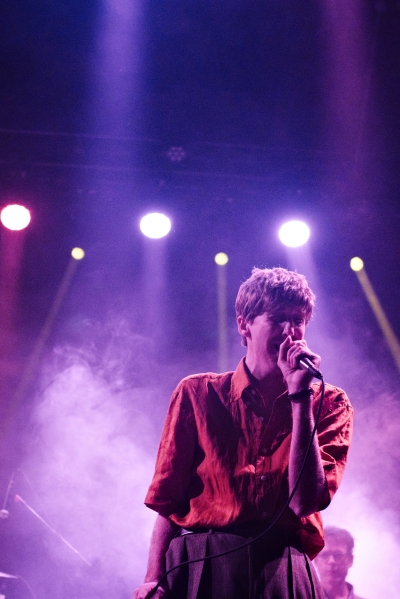 After a brief break, the group took back the stage to rip through some classic hits for their encore, playing ‘Cover Me (Slowly)’ and ‘Agoraphobia’ off of Microcastle, to which the crowd went absolutely insane. To finish off the show, Cox brought back an unexpected but excellently apt ‘Monomania’ off the album of the same name, filling the venue with screams and unprecedented sound. He finished by collapsing onto his amp, laying his Jazzmaster out in front of him for a rowdy crowd member to haphazardly strum for the next 20 minutes. The noise was unbearable, a harsh cacophonous screech that seemed unending. Cox let the noise rage as he kicked off his shoes and laid back on his amp. The huge crowd, unaware of what to do next, began dispersing under the torrent of noise as Cox seemed to actually drift off to sleep. This finale surprised many, but to an avid fan, it was an unexpectedly perfect, quintessential Deerhunter ending to a wild ride of a show.