I’m not a fan of movies in 3D, but I am a fan of Flying Lotus in 3D. Concert-goers at the Electric Factory Saturday night were welcomed with 3D glasses to see experimental electronic artist Flying Lotus in action. Music and visuals have gone hand-in-hand for Flying Lotus so 3D glasses left no doubt that … END_OF_DOCUMENT_TOKEN_TO_BE_REPLACED

I'm not sure what I expected from an alt-J concert besides some groovy, ethereal vibes and an eclectic crowd for eclectic tracks, but it was certainly nothing like the loud-rocking bangers, rave-like light effects, and a sold-out crowd that seemed to know every word and nuance of every deep cut. In a word: insanity, of … END_OF_DOCUMENT_TOKEN_TO_BE_REPLACED 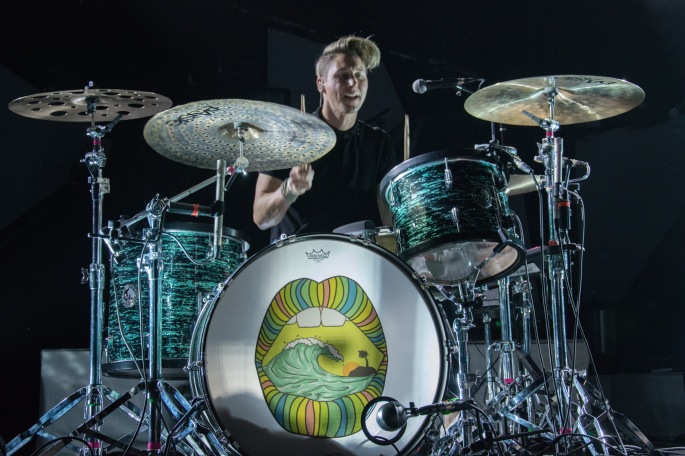 Smallpools released their first song and played their first show in the summer of 2013, and within a few months were touring with bands like San Cisco, Two Door Cinema Club, Twenty One Pilots. Their explosion onto the indie/alternative scene saw them played on radio stations all year and even earned a spot on the FIFA 14 soundtrack with their hit, "Dreaming." The band is made up of  Sean Scanlon (lead vocals, synthesizer, keyboards, piano), Michael "Mike" Kamerman – (guitar, vocals), and Beau Kuther (drums, vocals). They have been opening for Misterwives for the past few weeks, and I sat down with Sean and Michael to talk about their success as a band, plans for the future, and Life cereal.